The Reserva Nacional Río Clarillo is located within a basin delimited by high peaks and their watershed, with altitudinal differences between 930 and 3900 m asl. Morphologically, it is a complex system of superimposed cones, the oldest of which are of lacio-volcanic origin, then effluvium-volcanic and the most recent of hydriocinerite origin. Towards the interior of the National Reserve the slopes are more abrupt, with predominance of high peaks. The soils in the Reserve are characterized by being thin and underdeveloped, with maximum depths of no more than 75 cm. Its interior is formed by volcanic rocks, mainly andesitic and rhyolithic with intercalations of sedimentary rocks. They are loose textured soils, predominantly sandy and light-colored. In creek environments the substrate is no longer formed only by primitive mineral matter, but by organic substances originated from the decomposition of plants and other organisms.

The three peaks of the site are located within the Chilean Mediterranean Andean Scrubland ecoregion, which is characterized by a temperate mediterranean climate with rainy winters and a dry season that extends between December and March. The Andean Scrubland corresponds to formations dominated by low shrubs (<0.5m) with variable coverage. Within the Reserve you can also find intra-zonal vegetation of Riparian laurel sclerophyllous forest. In the context of global warming, a strong decrease in winter rainfall has been observed in the last decade, having a significant effect on the intra-zonal vegetation mainly.

The prospecting of the site began in May 2018 and ended in April 2019. The installation was carried out in three campaigns between December 2019 and February 2020, with the first campaign lasting seven days and the last two campaigns lasting 10 days each.

The site is located in the Reserva Nacional Río Clarillo, in the Metropolitan Region of Santiago, Cordillera Province, Pirque Commune, about 45 km from Santiago, the capital of Chile. The surface of the Reserve is 13.085 Ha and geographically it is compromised between the parallels 33. 6833° 33.85° LS and the meridians 70.4° and 70.4833° LW, being the summits located in the mountainous ranges of the Reserve by the Cajón de Los Lunes (33.8183 LS and 70.4693 LO). 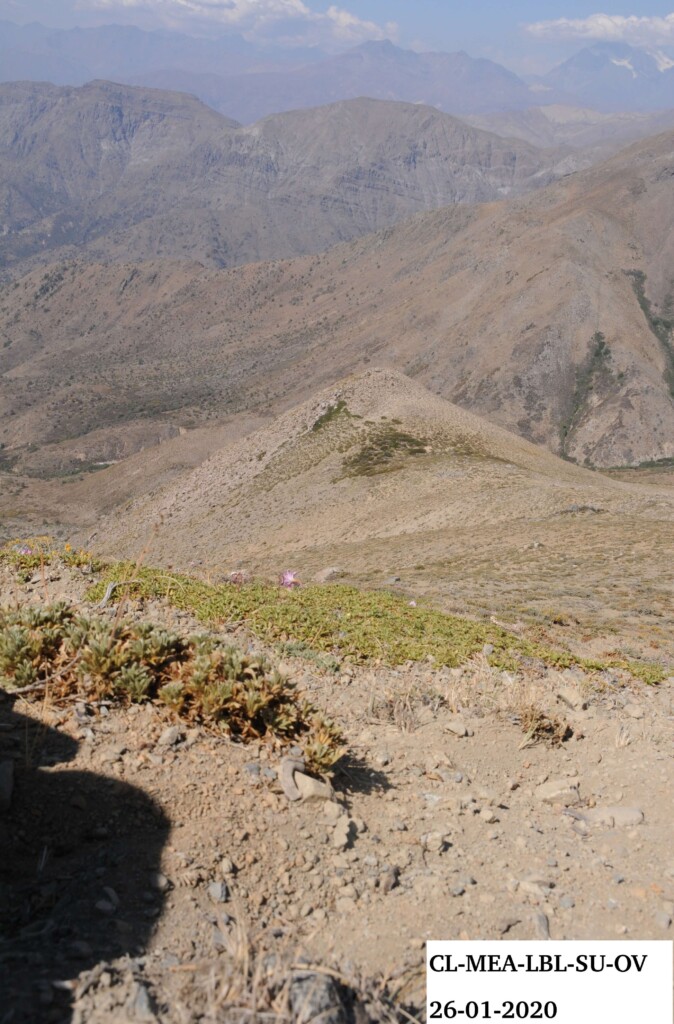 To date we are in the process of taxonomic verification of species identification in the field. However, to date we can indicate that we have the registration of 39 families, with 71 genera approximately.

The three peaks of the site cover two vegetative formations:

High Andean steppe formation of Santiago: It represents the upper altitudinal floor of the vegetation in the central zone of the Andes. Due to the nature of the mountainous relief of very abrupt character, its distribution is discontinuous, taking in certain places the desert aspect of altitude. In the vegetal species they predominate the xerophyte aspect, bushes and grasses, pulvinadas and cespitosas. From 1800 m asl stunted species are observed as quinchamalí (Quinchamalium gracile), white grass (Chuquiraga oppositifolia), and llaretilla (Azorella ruizii). These communities are represented in 1300 ha of the Reserva Nacional Río Clarillo.