The predominant vegetation is high altitude grasslands, typical of the high mountains of the area, which includes mostly herbaceous, dwarf shrubs and cushion plants. Towards lower altitudes, it is surrounded by forests dominated by species of the genus Nothofagus, mainly lenga (N. pumilio) and guindo or coihue de Magallanes (N. betuloides), with specimens of ñire (N. antarctica) in some more humid or peaty sectors. There are also sectors occupied by peatbogs up to high elevations, dominated by mosses of the genus Sphagnum and cyperaceae of the genus Carex.

Human intervention in the area is very sporadic, and it is related mostly with trampling, as people eventually climb to these peaks for recreational activities. There is also a regular presence of wild guanacos.

The installation of the site began in June 2012 and ended in January 2013.

The site is located in the central area of the Isla Grande of Tierra del Fuego, south of Lake Fagnano. It is a mountain range located between Lakes Escondido and San Ricardo, approximately at -54.660 LS and -67.760 LW. 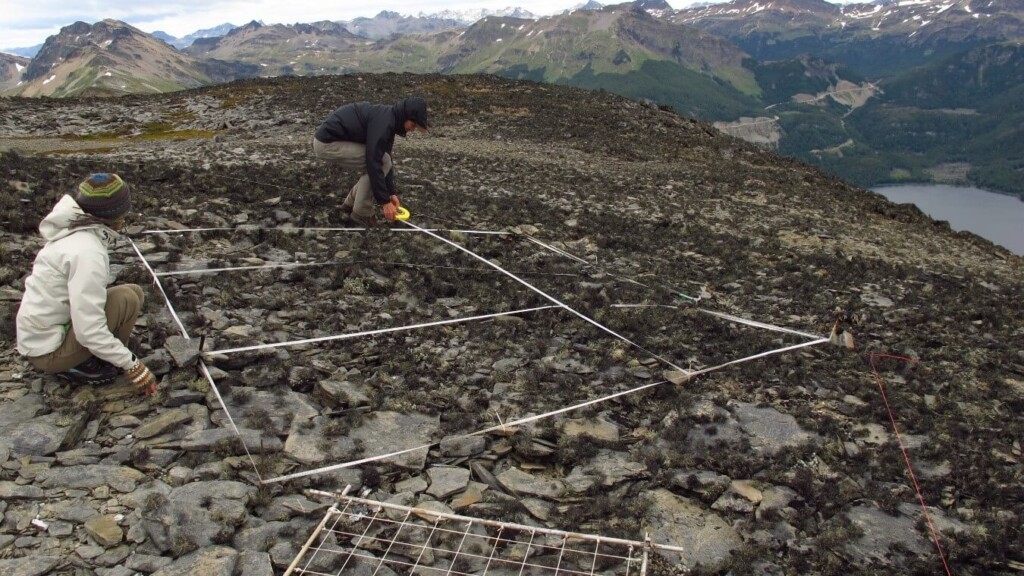